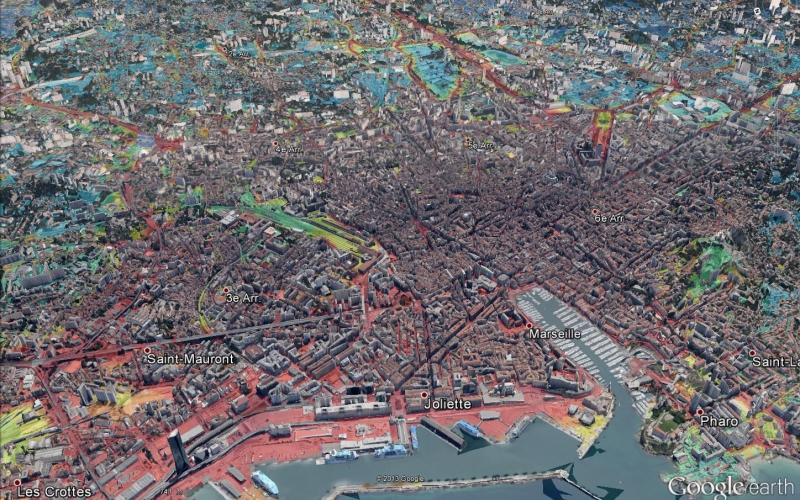 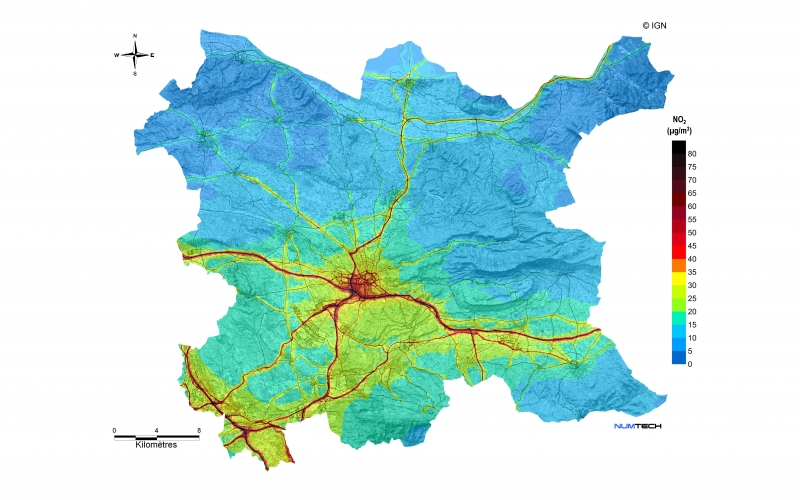 Numtech is a French SME specialised in air-quality and meteorological simulations, for which it has developed and uses effective and innovative digital tools. Numtech currently has 19 employees and is the market leader in France for modelling the weather and atmospheric dispersion. Its customers are mainly large companies such as TOTAL, EDF, Suez Environment, Rhodia-Solvay and Michelin, local and regional authorities and research institutes such as CEA, INERIS, InVS and DGA. Numtech makes substantial use of the ADMS code from CERC in its day-to-day business. European regulations on the protection of air-quality require more and more the testing and evaluation of adaptation and reduction scenarios. From the traditional evaluation of 2 to 3 scenarios, consulting companies and regional air-quality agencies are now facing the need to evaluate tens of scenarios. This requires a large increase in their capacity for computing beyond what they can easily manage with in-house resources.

The challenge of this case study was to demonstrate the use of Cloud-based-HPC services to investigate air-quality at the scale of cities. This case study used the ADMS-Urban software from CERC running on the Extreme Factory HPC offering from BULL. The possibility of running urban air-quality simulations using Cloud-based HPC would help to increase the numbers of scenarios which could be feasibly simulated in a given time. This is required to quantify statistical uncertainties associated with the simulations. Using an HPC system would also reduce the computational time needed for such simulations. The outcome of using such a system includes shorter times for simulations with resultant competitive advantage and the cost reduction of using pay-per use resources rather than owning and maintaining an expensive in-house system which may only be used on a part-time basis.

ADMS-Urban has been adapted to run on a Cloud-based HPC system. The results of the simulations were then made available via a familiar workstation environment. In doing this, an evaluation of the viability of this service on commercial HPC clouds has been carried out and possible business models for such a service have been proposed.

CERC can now offer the ADMS-Urban software as a cloud service, on a pay-for-use basis rather than requiring a customer to purchase an annual licence and install and run the software locally on workstations. This allows for an attractive pricing option for customers needing an infrequent use of the model.

To offer a simulation service, CERC needs to source computer cycles. Either it needs to own and maintain a sufficiently powerful HPC system or it needs to buy cycles on demand from an HPC centre. In the former case, a powerful enough in-house server would need to be purchased. This case study has shown that if the average percentage of use of an internal server falls below 40%, a pay-on-demand cloud service becomes economically viable compared with the costs to acquire and maintain that server. Clearly this depends on the mode of use, but the possibility to buy cycles on demand offers considerable flexibility to SMEs looking to set up a service.

The challenge of this case study was to demonstrate the use of Cloud-based-HPC services to investigate air-quality at the scale of cities. This case study used the ADMS-Urban software from CERC running on the Extreme Factory HPC offering from BULL.